Junichi is offered a chance to work for a friend’s publishing company in Tokyo and decides to leave the town to never return. Sentaro and Ritsuko attend the Christmas mass together while Kaoru decides to attend a Christmas party at Seiji’s house, to distance himself from them. Finally aware of Ritsuko’s feelings for him, Sentaro apologizes to her for never had realized before, but the two end up renewing their conviction that they are just like family to each other. Kaoru insists that Sentaro should fix his broken friendship with Junichi before he departs, even slapping him for it. Sentaro then challenges Junchi to one last jamming session with the band, to which he attends. The train taking Junichi to Tokyo is about to leave when he is approached by Yurika, begging to take her with him, but he insists that they should part ways. Just before the train starts moving, Junichi hears Yurika’s parents at the station, angry at her for leaving a matchmaking meeting they arranged for her. Junichi pulls her into the train at the last moment, and the two embrace each other as the train leaves the city. Back at the record store, Kaoru opens the piano cover and finds the blue gloves Ritsuko knitted for him.

Kids on the Slope Episode 9 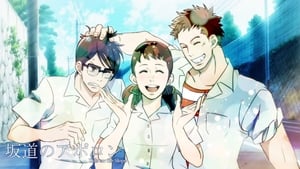 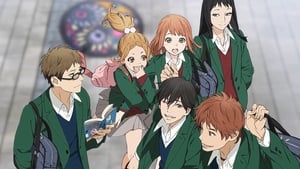 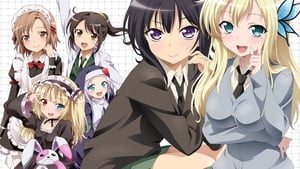 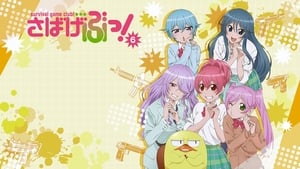